In the early stages, the innovation lab stirred hearts of people who craved to make bold moves and disrupt the status quo.  The lab consisted of team members across multiple functions including operations, marketing, IT, and finance.

We were immersed together in a newly renovated section of the building, with an open floor layout and upgraded décor.  Powerful phrases including “remove friction”, “essentialism” and “safe to fail” were plastered over the walls, reminding us to be disruptive thinkers and leaders.

Our schedules and structures mirrored those of Silicon Valley start-ups.  We adopted collaboration tools and devoted a percentage of our time to “innovate”, venture outside the office, and gather insights from the field.  Executives toured start-up companies for inspiration and best practices. There was no shortage of post-its, flip charts, and T-shirts to memorialize our lab.

A few years later the lab disbanded, and the team was re-absorbed into the organization.

Reason to Be and Believe

While buzz about a new innovation team became a topic of hallway chatter, questions remained.  What is the purpose of the lab?  How does it add value?  How does it intersect with the rest of the organization?

Executives held multiple town halls and roundtables to explain what the team did and why it was formed.  Despite efforts to communicate the team’s mission and justify its existence, some leaders remained skeptical, stating “we also work on innovation”. Nonetheless, they grew intrigued to see what the team would accomplish.

To be 100% agile is easier said than done. A blended agile and waterfall approach fit best with the culture and project parameters. However, stakeholders needed to adjust to seeing incomplete demos and unfinished work, and become more comfortable with ambiguity. In most cases, this required education to understand the methodology. In other cases, trust was built over time. Garnering quick wins helped alleviate discomfort around the process.

The team initially reported directly to the CEO to maximize support for innovation.  This proved to be most effective, but the structure shifted over time.

Nearly every executive across the company wanted a piece of the pie, and the existence of our team felt like a threat to some leaders.  As a result, barriers to get work done were formed, consciously or subconsciously.  For innovation to flourish, blockers must be removed from the path.

While the intentional separation from the rest of the organization fostered a nimble subculture, it had its downsides. There was an invisible yet noticeable divide between the incubator and other departments.  Understandably feelings of exclusion were not uncommon across the organization.  “How come I wasn’t invited to the party?”

Executives worked with HR to re-design org charts and add dotted lines to more leaders.  More time was spent gaining clarity on team placement and mapping other leaders to the lab.  It became a discombobulated network of committees and approval mechanisms, thereby reintroducing bureaucracy instead of empowering the spirit and structure of innovation.

Team Make-Up and Shake Up

As leadership turned over, the CXO dilemma grew.  Which executive should be responsible for the lab?  The CIO, CMO, COO or CFO?  Or should the company bring in a CDO (Chief Digital Officer) to take the reins?

Leaders who can build genuine relationships and influence across the organization, including with frontline workers, are effective at the helm. Leaders who do not understand team members’ talents and how technology is implemented may struggle to maximize the power of the collective team. In addition, trust between IT and the business is paramount to drive innovation.

Design thinking is a powerful tool in the innovation arsenal.  However, at times it was not leveraged fully and stopped short at the ideation phase.  Team members were initially excited about participating in brainstorming sessions and covering the walls with post-its. Over time, the excitement fizzled, as people returned to their day-to-day responsibilities. 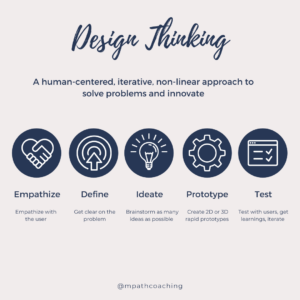 While there was no shortage of disruptive thinkers across the team, there needed to be enough resources to bring the ideas to life. Striking a balance between idea generation and execution is important to deliver on the innovation portfolio. Great thinkers can bring ideas to the table; however, those ideas may never come to fruition without effort. Resources who can play a hybrid role across ideation and execution are valuable assets.

In reality, a safe-to-fail culture is challenging to implement. Leaders need to embrace new mindsets and budget “failures” as part of the innovation process. When teams can be scrappy and get learnings quickly with low-fidelity prototypes, these “failures” can be reframed as series of experiments. From these experiments, teams can gather insights and pivot as needed before making bigger investments that could add costly rework.

Lack of Clarity in Project Hand-Offs

Innovation consisted of 4 key stages: (1) Prototype (2) Minimum Viable Product (MVP) (3) Scale and (4) Sustain.  The handoffs across phases were murky at best.  At what point does the lab hand off the project so they can focus on the next innovation?  Who do they hand off to?  Several lab members played an integral role through scale and sustain, resulting in constrained resources and bandwidth for the next innovation.

For greatest impact, both innovation and scale/sustain teams need to exist. Leaders for each team should be aligned on talent management, project hand-offs and objectives. Both teams are critical, and one should not be viewed as better than the other. To reward innovation, leaders should consider creating a career path for innovators that not only rewards big wins, but big “tries” as well. 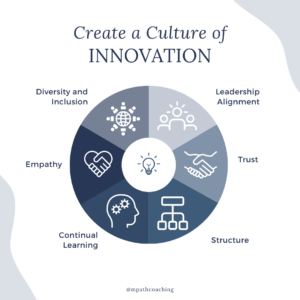 As leaders across the organization observed the team’s momentum and success, they threw their ideas into the ring.  The influx of requests steered the team away from human-centered design.  The innovation agenda started skewing towards personal agendas, instead of solving real customer pain points.  The case study of Fender vs. Gibson illustrates what can happen if we skip empathy, innovate for innovation’s sake, and do not focus on real users.

Leaders with confirmation bias sought out data to validate their assumptions instead of challenge them.  The battle of “my innovation is more important than yours” meant priorities were constantly shifting, and projects stopped and restarted.  Team members were at the mercy of leaders’ whims, which contributed to burnout and disillusionment. 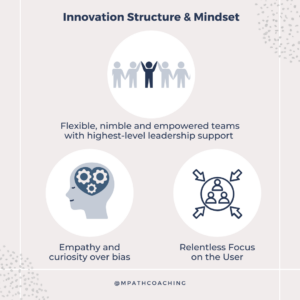 Planning an innovation portfolio and mapping it to strategic priorities can provide needed clarity. In addition, killing projects early and not getting emotionally attached to ideas can move innovation along and optimize efficiency. 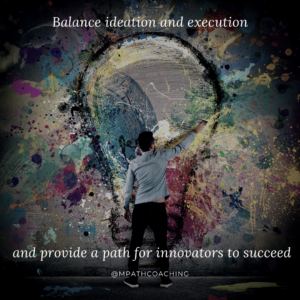 So How Do Companies Effectively Institute Innovation?

As transformation continues to accelerate at a rapid pace, what does it mean to innovate?  Beyond spinning up an accelerator and writing a mission statement, it requires fundamental shifts in mindsets and underlying structures to enable and empower innovation.  Innovation thrives when it is championed at the highest levels of leadership, relentlessly considers the user, and celebrates genuine diversity, empathy and inclusion.

[Note: My article, aptly titled “Why Innovation Labs Fail,” celebrates valuable lessons learned from “failures.”  In the spirit of design thinking, may we continue to fail fast, learn, iterate, and find our way.]

For more inspiration and tips, follow me on LinkedIn.